In a Vase on Monday. The Magic of Mimosa.

In the UK we are all still cringing after the impact of a very frisky  Storm Ciara. When we arrived here there were nine mature birch trees at the bottom of the garden. In 2015 there were seven. 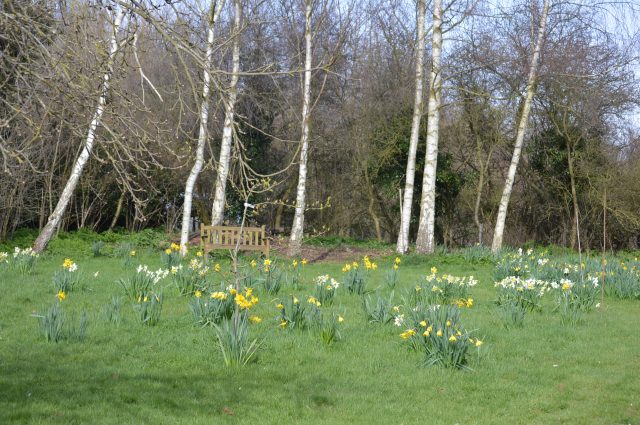 Most  years we lose one and after yesterday we are down to just four. It is a good thing I have a man with a chainsaw.  This is a rare sighting of the Pianist in the garden.

It is still windy and uncomfortable outside so a much nicer place to be is in my far greenhouse with the lovely fragrance of mimosa. 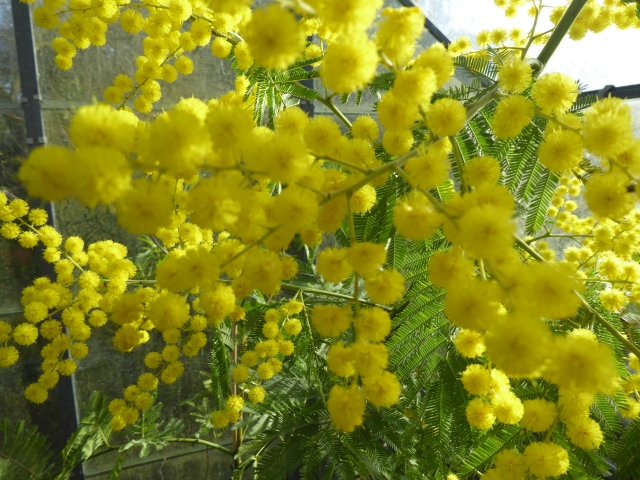 But I can’t lurk in the greenhouse all day so I picked some to bring indoors. It doesn’t last long in a vase but for a day or two it fills the room with a delicious fragrance which always reminds me of the mimosa forests of the south of France which is where the seed for this plant came from. 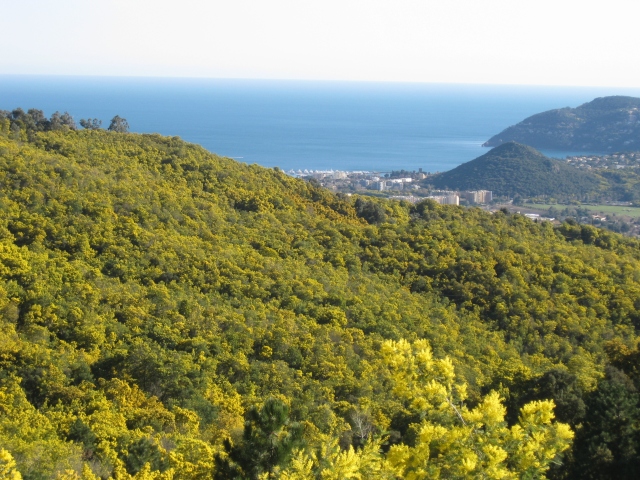 I know that in America mimosa is the name for the pink fluffy balls of Albizzia julibrissen but here we use it for Acacia. This one is Acacia dealbata.

Its common name is also ‘Wattle’ but I think that sounds more like an unsightly appendage to the neck. It is not reliably hardy in the UK so I grow it in a large pot in the unheated greenhouse. It needs a slightly acid compost.

As Acacia dealbata  comes from Australia I have used some Australian Eucalyptus gunni to go with it in the vase.

To match the leaves of the eucalyptus I used some celadon-green tassels of Garrya elliptica which are dancing in the wind right now. If you want extra long silky tassels you should seek out the variety called ‘James Roof’.

It is windy and cold outside but a vase of little golden balls of mimosa brings some February magic into the house and the sweet, warm, powdery scent is intoxicating.

If you pop over to see Cathy at Rambling in the Garden you will see her vase has a Japanese feel with flights of red plovers.

40 Responses to In a Vase on Monday. The Magic of Mimosa.