Take Me Back to Dear Old Blighty.

I am a bit late with my Top Ten September blooms, in fact I haven’t been here to see what was in bloom for most of the month. The flowers I have seen are quite unlike the ones in my garden. 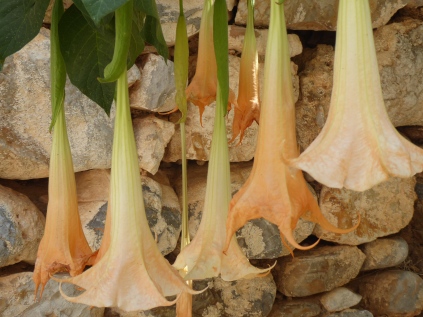 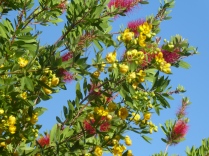 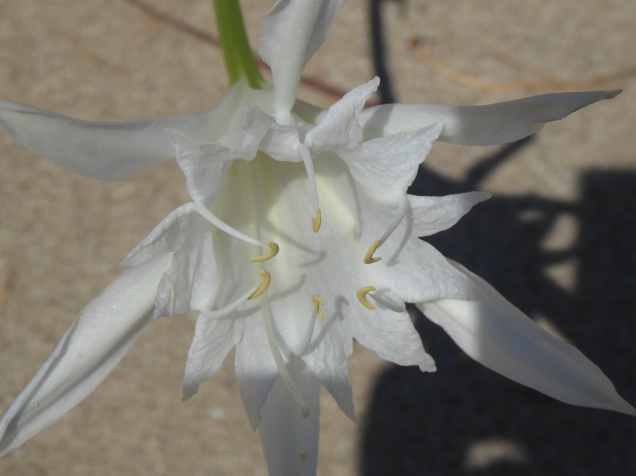 I have been in the deep Mani area in the south Peloponnese. Here there are villages of tall, medieval tower houses where people fought bitter feuds with their neighbours. Even today it feels very remote and some days we met more goats than people. 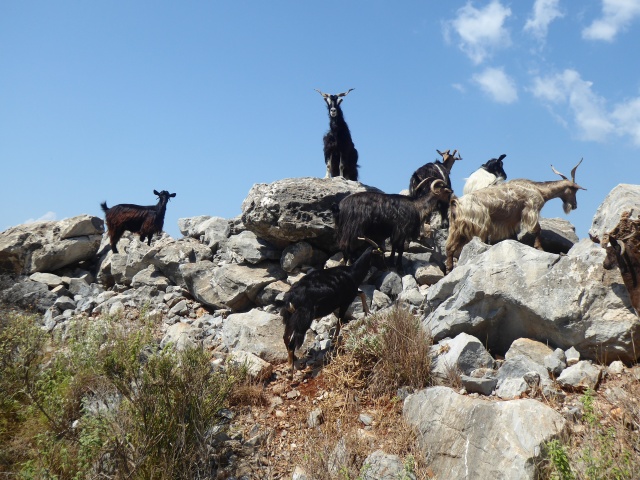 We stayed in Stoupa in the shadow of the Taygetos mountains where Nikos Kazantzankis wrote Zorba the Greek based on a real local character. It was transposed to Crete in the film. But here is where the real Zorba lived. 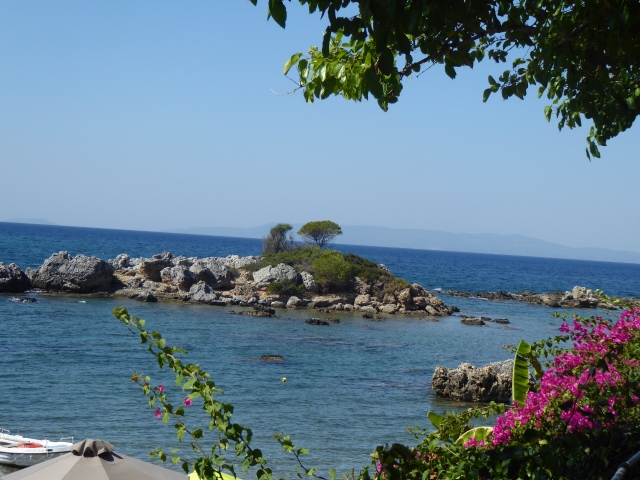 We went up the mountain to the magical site of Mystras, the ancient Byzantine capital. We bought our tickets from a beautiful boy with soulful eyes with the face of a Byzantine saint.

We spent the night in the mountains overlooking Sparta. All round the Peloponnese in this ancient landscape you follow in the traces of legends and ancient history. Sparta is where the beautiful Helen was stolen away from Menelaus by Paris and this is what started the Trojan war. In the fifth century  Leonidas, the Spartan king led an army of 300 hoplites to fight the Persians at the battle of Thermopylae

We went to Cape Tenaron, the southernmost point of mainland Greece where Homer tells us the entrance to Hades  is guarded by Cerberus, the three- headed dog. We didn’t find the entrance to the Underworld but there is a temple to the sea god, Poseidon.

We went to down to cape Malea where Odysseus and his men were blown off course and landed on the island of the lotus- eaters. Maybe they landed on the nearby beautiful and lonely island of Elafonisos surrounded by turquoise waters and the most beautiful sandy beach I have ever seen.

‘All around the coast the languid air did swoon’. The Lotus Eaters. Alfred Tennyson

There were strange swimming companions. 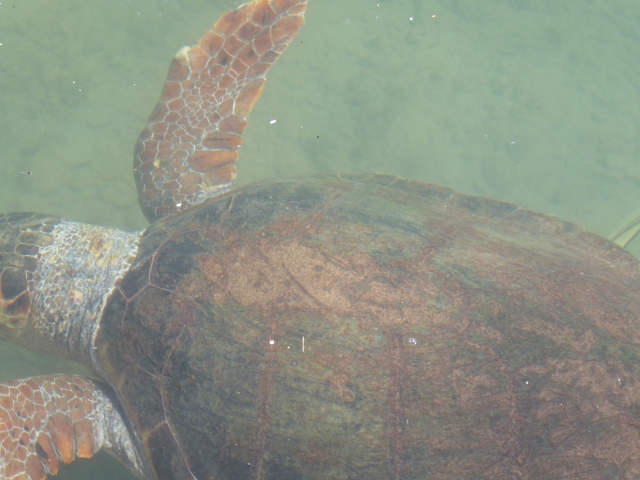 And then we finished up on the medieval castle town of Monemvasia which is built on a rock sitting in the Myrtoan Sea. 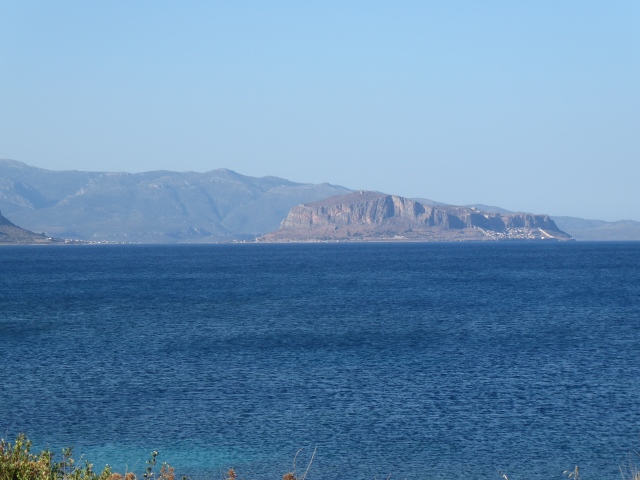 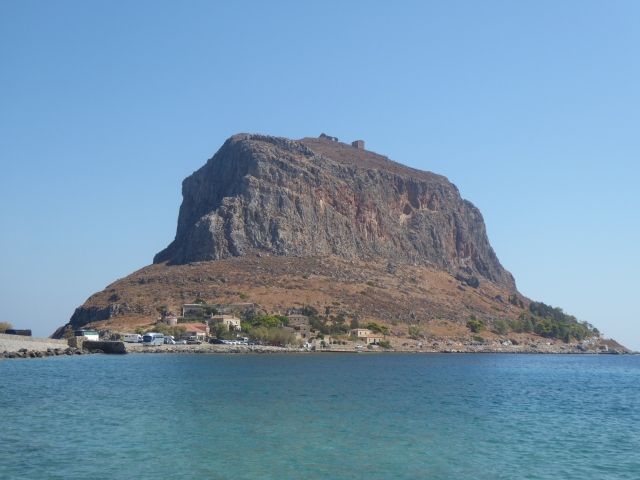 It is a magical place at any time but especially when the sun has just risen. 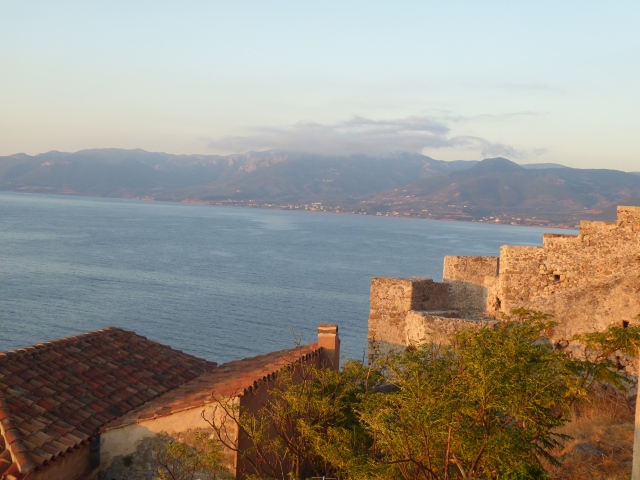 Not much grows on this rock. 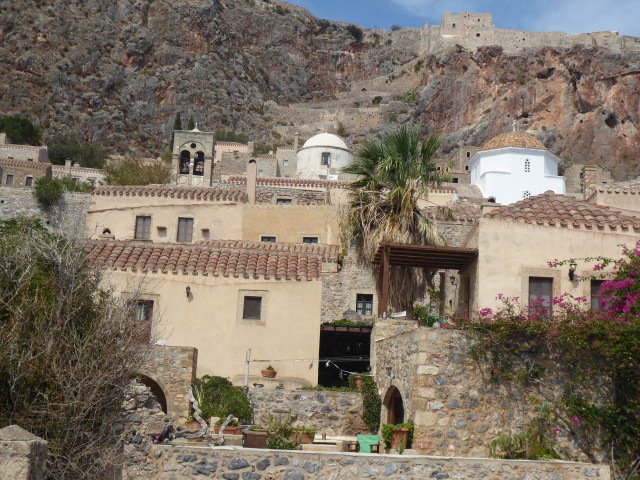 Coming home after spending most of September in Greece makes me realise how lucky we are with the sheer range and abundance of plants we can grow here. Although summer is over there is still so much to enjoy in the garden.. 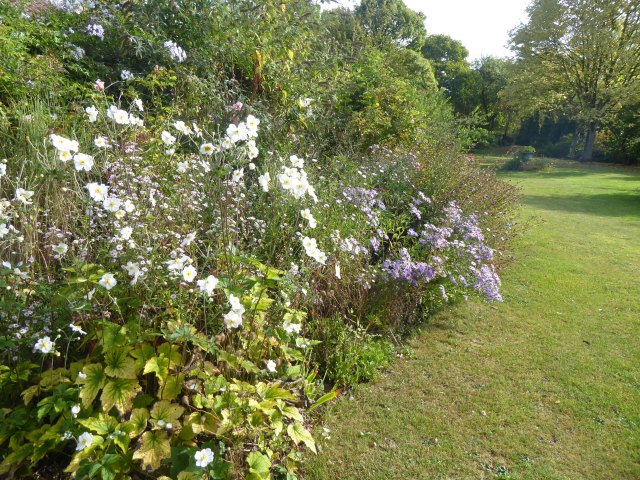 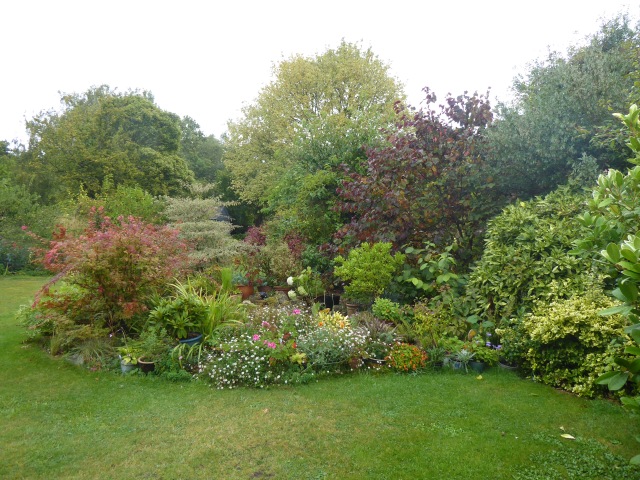 I am sorry to be late with my Top Ten September blooms but I shall do the post very soon. and then I shall enjoy reading about other September gardens and catching up with my blogging friends.

21 Responses to Take Me Back to Dear Old Blighty.