In a Vase on Monday. A Paean to Peonies.

I was going to save my luscious tree peonies for my Top Ten May Blooms because they certainly come in at number one on any list. But they just won’t wait, they flaunt their gorgeousness every time I go into the garden and at the moment I am out there all day, every day, racing against time to get everything perfect for my first group of garden visitors next week. In ancient China these beauties were grown in the Emperor’s garden, you can see why they were considered too special for ordinary mortals. Here in England the Tudors had strict sumptuary laws forbidding the lower orders to wear rich fabrics. A commoner could be fined or go to prison for wearing silks and satins and ermine was just for royalty.  In my garden the tree peonies are certainly the aristocrats and no other plant, however lovely is dressed so luxuriously. I don’t think they would dare. The excitement starts with the nice plump buds. 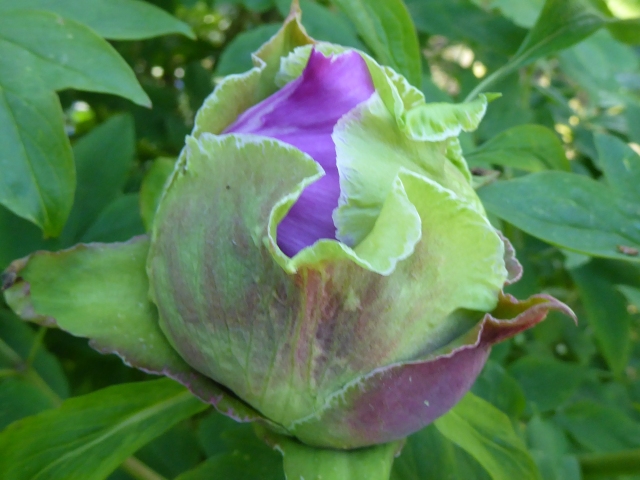 And now the whole bushes are covered in huge satiny blooms. 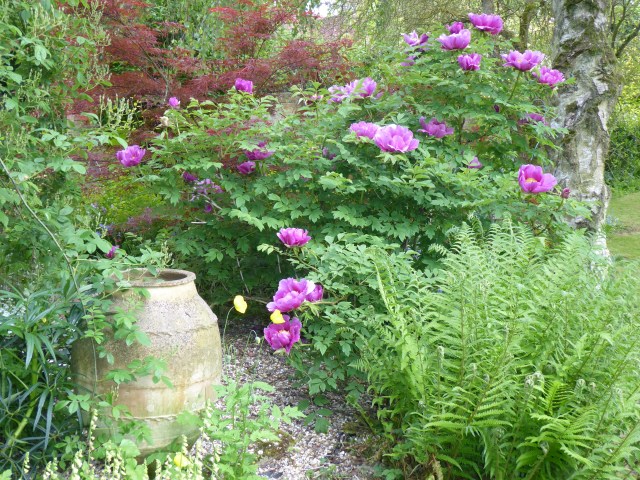 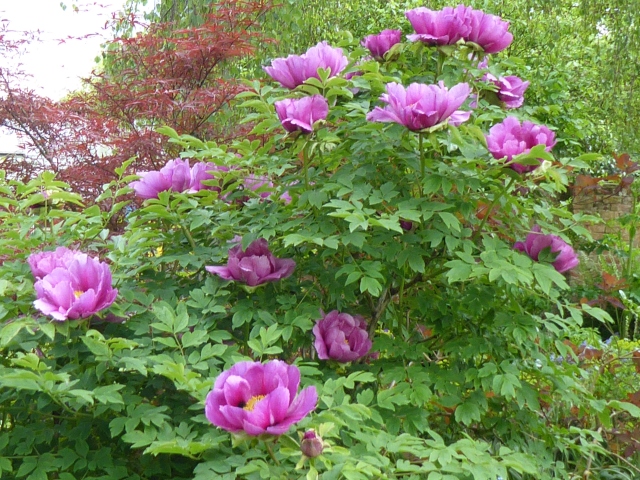 I wrote here how I grew the seed of what was then called Paeonia rockii, although this is now considered an invalid name. I expected white flowers with dark purple  blotches but instead I now have three lovely plants with flowers in shades of pink and magenta but they all have the distinctive blotches. Although it would have been wonderful to have the glorious white one these are magical too.  The correct name for them is Paeonia ‘Gansu mudan’ which means Peony from the Gansu area of China. 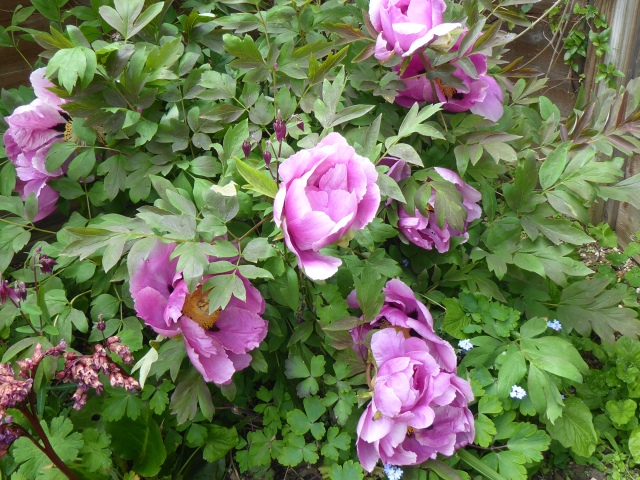 People are very impressed when I say I grew them from seed but there is nothing very clever about it. I just sowed the black shiny seeds in individual pots and left them outside. I forgot all about them and nothing  appeared to happen at all for the first year but that is because they put down a nice root before anything appears on the surface. The next year you get a little shoot which is unmistakably a peony. At this point you have to protect them from slugs and mice. After three years I planted them in the garden. In their sixth year they had two blooms. Now after eleven years they are big bushy shrubs smothered in massive blooms. It may seem a long time to wait but other things are happening in your life and in the garden; you are not just nurturing peonies. They look after themselves and you get on with other things.

I have another tree peony which was already in the garden when we came. It is not so bushy and its spindly stem needs support. If I am honest I have to admit its blooms are even larger than those of my seed grown ones but I don’t love it as much, because I didn’t do the horticultural equivalent of changing its nappies and helping it with its homework. Still it is sumptuous even though it doesn’t have the lovely purple markings inside the flowers.

I have a white one too which I love because my son gave it to me. This year it has four lovely blooms. They are huge with frilly edges. 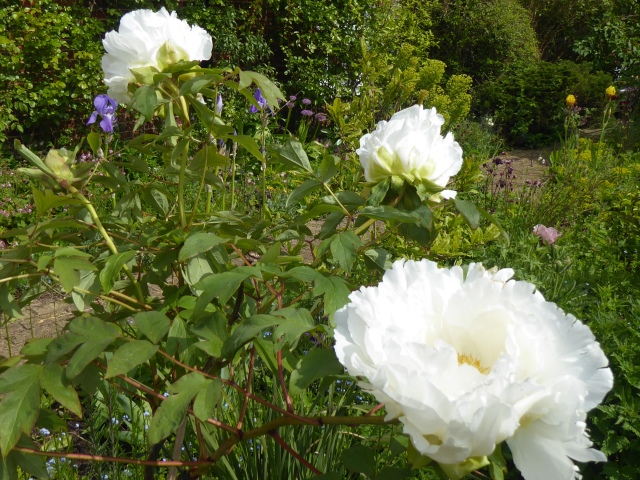 Now my peonies have reached a good size I can afford to pick the odd one to enjoy inside.  As the flowers are so big I think the best way to display them is to float them like a water lily.

It is great to have them on the table to examine the beautiful centres. 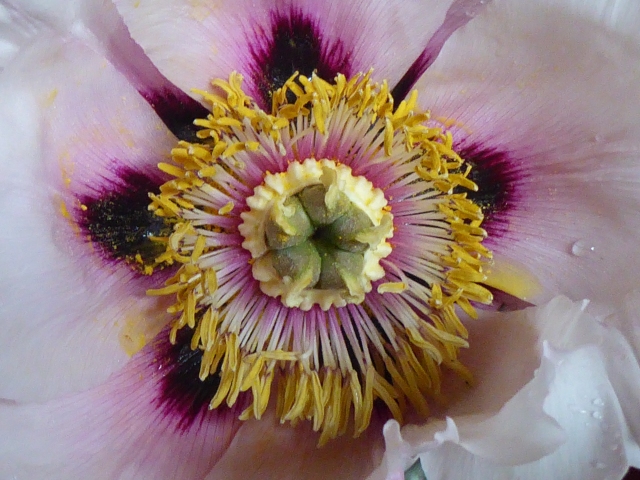 Thank you Cathy  at Rambling in the Garden for hosting In a Vase on Monday, it is always fun to join in. Don’t forget, My Top Ten  May Blooms will be posted on 23rd May. I have some unusual flowers to show you even if they are not as extravagantly dressed as the peonies, they are certainly not shrinking violets. I would love it if you would show some of your May favourites too and link with my post. 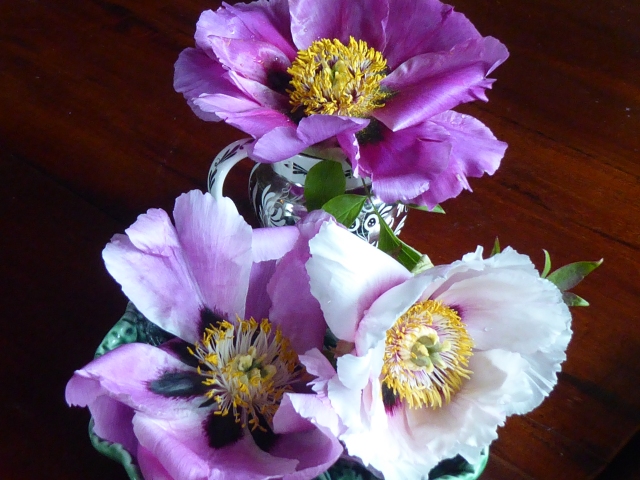 60 Responses to In a Vase on Monday. A Paean to Peonies.