Today is traditionally the first day of autumn. Although it is sad to see  the end of another summer, there are some exciting flowers to be enjoyed at this time of the year.

Autumn  flowering gentians have always been a problem for me. I  know they like acid soil and so I keep them in a pot or a trough. But still they die. The spring flowering Gentiana verna might linger for a year or two, but the autumn ones disappear. For years I averted my eyes when I saw them looking so enticing in the nursery. But one day when I was reading  the poem, Bavarian Gentians by D.H. Lawrence, I  had the idea of enjoying them in a pot on the table and then not worrying whether they survived another year or not. After all, they are cheaper than a bunch of flowers and you throw  those away after they have bloomed without a thought .

This is one of the last of  Lawrence’s poems and he wrote it shortly before his death. The idea of the death of the summer and  Persephone’s return to the underworld in the Greek myth,  was clearly conflated in his mind with the thought of his own approaching death.

‘Not every man has gentians in his house
in Soft September, at slow, Sad Michaelmas.
Bavarian gentians, big and dark, only dark
darkening the daytime torchlike with the smoking blueness of Pluto’s
gloom,
ribbed and torch-like, with their blaze of darkness spread blue
down flattening into points, flattened under the sweep of white day
torch-flower of the blue smoking darkness, Pluto’s dark-blue daze,
black lamps from the halls of Dis, burning dark blue,
giving off darkness, blue darkness, as Demeter’s pale lamps give off
light,
lead me then, lead me the way.

Reach me a gentian, give me a torch!
Let me guide myself with the blue, forked torch of a flower
down the darker and and darker stairs, where blue is darkened on blueness
down the way Persephone goes, just now in the frosted September
to the sightless realm where darkness is married to darkness…’

I haven’t tried growing Bavarian gentians, Gentiana bavarica, as even the great Farrar found them miffy, although he planted them on the river bank where they should have been happy. He said that shortly after planting he found; ‘like the miller’s daughter, there a lovely corpse she lay’.  If he had trouble with them, then I haven’t a hope. The autumn ones that are supposed to be easier come from Japan or China. So on my table, I have Gentiana sino-ornata which George Forrest found in Yunnan in 1904. I believe it is supposed to be one of the easiest, which doesn’t say much for the others. I had never thought of them as looking torch-like until I read Lawrence’s poem. Unlike poor tubercular Lawrence,  I don’t see torches to guide me to the underworld. The colour is such an intense blue, I feel as if I have a bowl of  jewels on the table to brighten up my day. 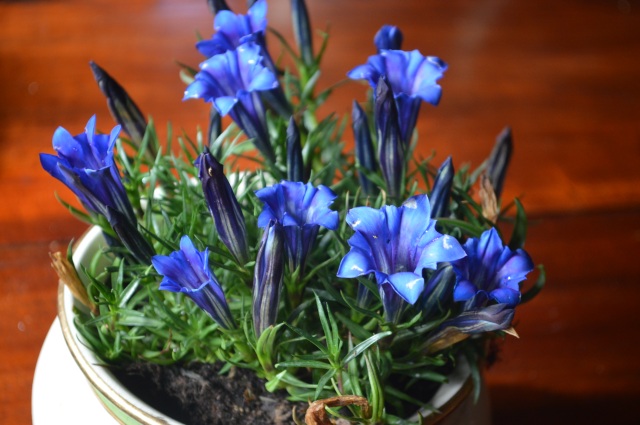 In the spirit of hope over experience, I am trying a Japanese Gentiana ‘Blue Sapphire’ outside. At least I can enjoy it this year, even if it  won’t stay around for next autumn. 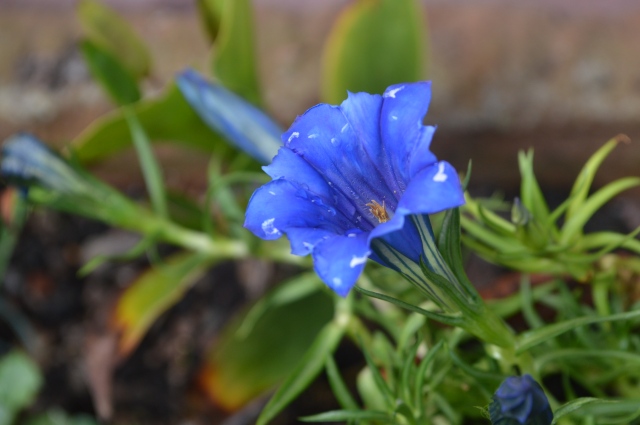 But gentians aren’t the only Michaelmas pleasures. Now is the time for Michaelmas Daisies. Even if we now have to call them Symphyiotrichum we can still enjoy them.  ‘A rose by any other name ..’ If you avoid  Aster novi-belgii and go for Aster novae-angliae you don’t get troubled by mildew. They brighten up the border at this time of the year. And bees love them. 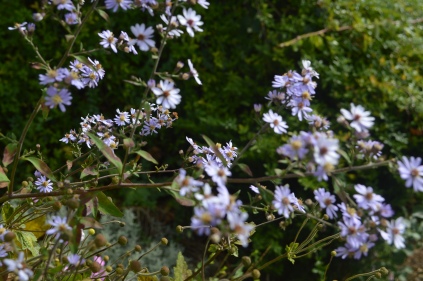 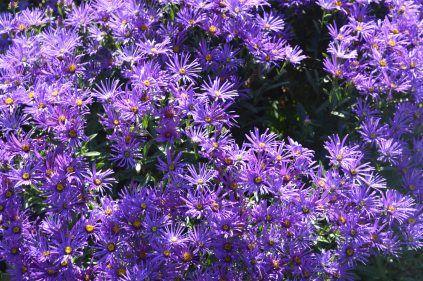 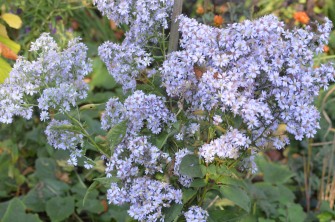 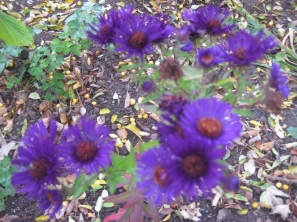 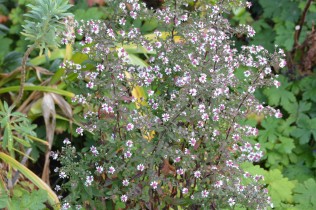 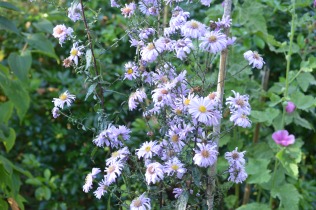 Symphyotrichum ‘Glow in the Dark’ 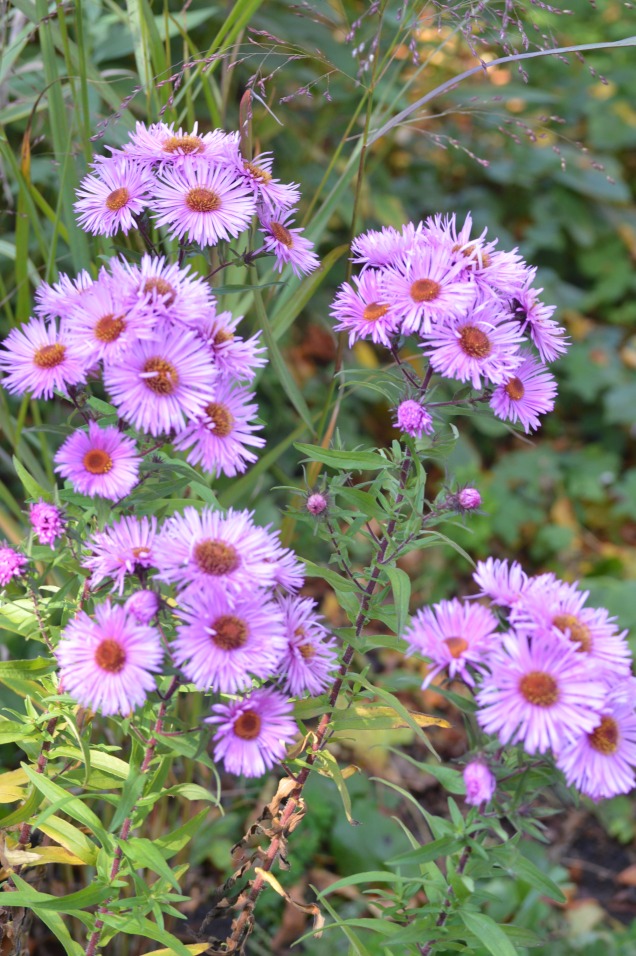 Syymphyotrichum ‘Betal Nut’
And as if these Michaelmas treats aren’t enough, we have chrysanthemums to look forward to and the nerines are just starting.  This Nerine bowdenii is hardy,  but in the greenhouse are all the tender ones. But my  lovely nerines deserve a post to themselves. 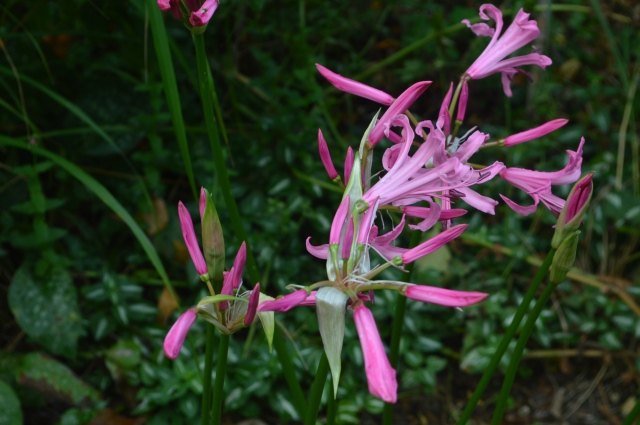