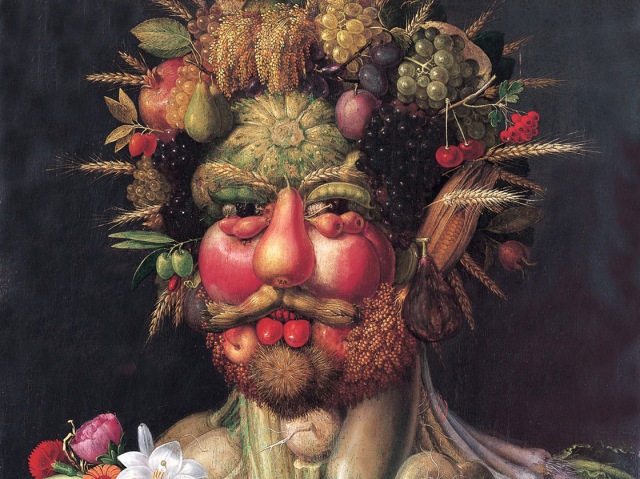 This year has been a fabulous one for fruit. Branches have been almost breaking under the weight of enormous crops of plums, greengages, apples and pears.

The young quince tree, Cydinia oblonga ‘Vranja’ produced 5 quinces; last year there was just one. I could make quince jelly or bake them with apples. Or I may just keep them in a bowl on the table and enjoy the wonderful fragrance.

The little Medlar tree, Mespilus germanica ‘Nottingham’ worried me earlier in the summer. What on earth is this?

Fortunately it was only on one branch and I cut it off and all was well. I have quite a few medlars, I suppose I could blet them. That means leaving them until they are rotten, which doesn’t appeal. Nigel Slater raves about Medlar jelly, but he also says the fruit smells rancid and look like a cat’s bottom. I am not rushing to make any. Actually the medieval name for this fruit was  something similar, but expressed in the more robust language of the age. Shakespeare mentioned medlars in Romeo and Juliet.

‘Now will he sit under a medlar tree
and wish his mistress were that kind of fruit
as maids call medlars, when they laugh alone
Romeo that she were, o that she were
An open or, thou a poperin pear.’

I am not sure what Mercutio meant by this, but no doubt it is something very vulgar, so let’s move quickly on.

It’s a good thing I decided to pass on bletting this year. As you see, the fruit are now being used. They make snug homes for ladybirds.

I forgot to net the soft fruit , but still I had bumper crops. I was surprised because last year the blackbirds ate most of fruit.  Maybe the scarecrow, Chloris scares them. As I said in an earlier post, she scares me. She looks ever more dissolute and is ageing faster than I am. I have tried to make her less androgynous -looking. She now sports a blonde wig and a padded bra.

I have noticed that people looking round the garden do a double take when they see her. Nobody ever says anything, but they do give me funny looks. Maybe they have never seen a scarecrow with a blonde wig and a bra before. I must give her some smarter trousers.

She is quite a presence. If I accidentally bump into her when I am gardening, I find myself apologising profusely.

Anyway, under her baleful gaze I have had lots of wonderful soft fruit this year. 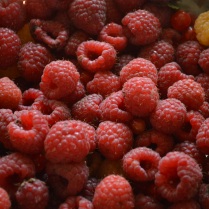 I have a huge walnut tree and this is a wonderful year for walnuts. So I am told. The trouble is that Chloris doesn’t scare squirrels. They have built a drey in the walnut tree. All summer the babies have been doing acrobatics in the tree, practising for the moment that the nuts would be ready.  Other people round here have walnuts, I have to buy other people’s.  I wouldn’t mind if the squirrels ate them all. But they just rush around burying them.

Still, they are cute.

Have you had bumper  fruit harvests this year?