I am joining in with Lucy at LooseandLeafy blog with a new tree this year; Aesculus hippocastanum. I enjoyed writing about the Mulberry Tree last year and I learnt so much about the myths, folklore and historical and literary references to this tree.

This year I decided to choose a tree in my own garden and as this is the oldest and the tallest tree in the garden, I decided this would be the one.  The Horse Chestnut tree is not a native and wasn’t introduced  until the seventeenth century. It comes from the forests of the Balkans in Eastern Europe. Unfortunately, it doesn’t have so much interesting folklore attached to it, as it is a relative newcomer to this country. When it was first introduced, it grew on the estates of the rich and later in churchyards. Here it is, in my garden at the far end of the orchard.

Actually, I have two of these trees. I would love to know who planted them and when.  I wouldn’t have planted one of these giants, never mind two. But there they are, and of course they will stay, as although they take up so much room, they are very majestic. Eventually, they grow so huge; up to 36 metres, that they are unsuitable for gardens really. There are horse chestnut trees in the nearby churchyard, so perhaps someone picked up the conkers and planted them. Or maybe busy squirrels planted them, I find young trees coming up all over the garden. This is the other one which is about the same size. 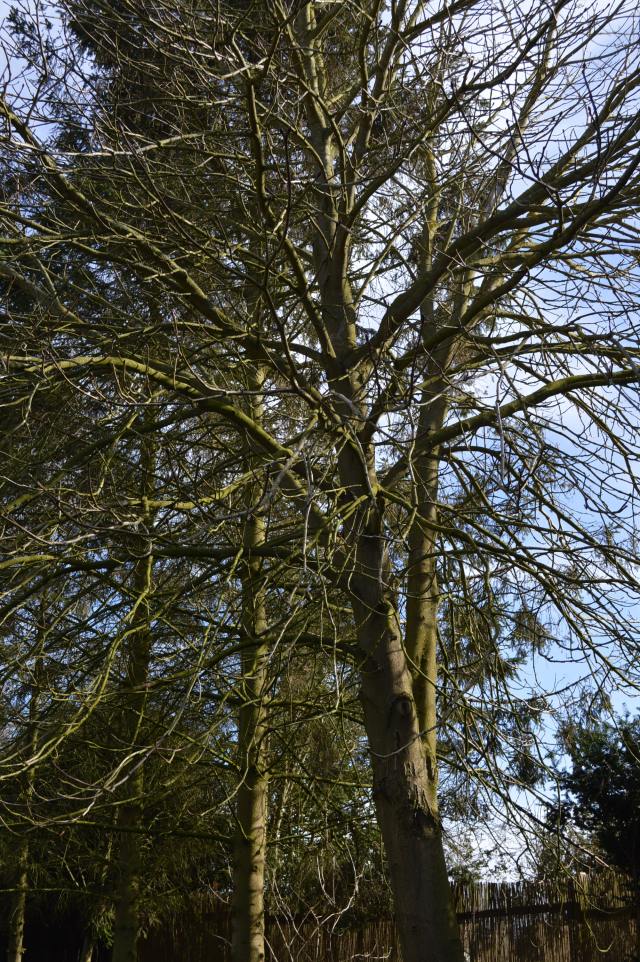 The leaf scars on the twigs which are left when the leaves fall off, look just like horseshoes. Perhaps this is how the tree got the name, ‘Horse Chestnut’. Or perhaps the name came from the fact that they were thought to cure coughs in horses.  I wonder if this idea arose from the fact that the marks look like horse shoes. Our forefathers believed in the Doctrine of Signatures, which meant that they believed that God had left his signature on plants, as a guide to which ones would heal different complaints.

I love the fat, sticky buds in Winter.

The big advantage of having your own Horse Chestnut tree is being able to pick the sticky buds and put them in a large vase. Then you can watch the leaves unfurling like fingers and the flowers will open eventually too. Here are some I picked a week or two ago. 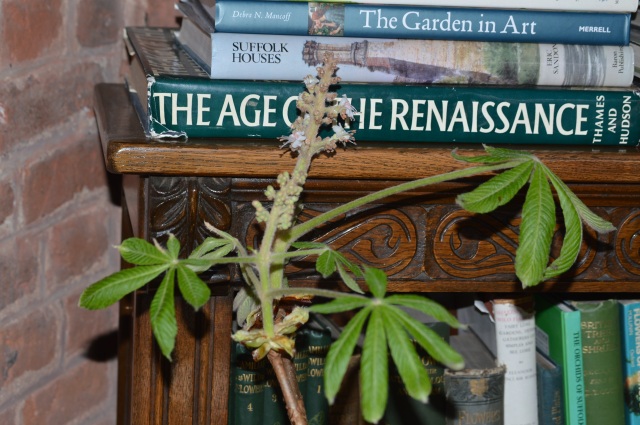