In October I wrote a post about the autumn colour in the arboretum at East Bergholt Place, Suffolk. I did not show you any of the wonderful specimens of Euonymus which I saw there. Rupert Eley has the National Collection of Euonymus, so you find  ones  here that you probably have never seen before.  Euonymus have wonderful autumn leaves and lobed capsules which split open to reveal  bright red  berries. If you have admired them but  haven’t chosen one yet, read on. I’m sure you will find something  that appeals to you. For instance, how about the striking berries on Euonymus hamiltonianus ‘Koi Boy’? 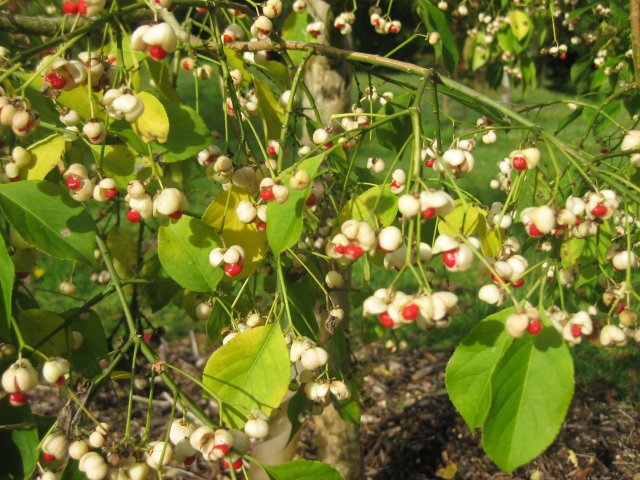 If this is a bit pale for you then how about the bright pink Euonymus hamiltonianus ‘Miss Pinkie’?

Or if something a bit darker appeals to you then Euonymus hamiltonianus ‘Red Elf’ maybe fits the bill.

There are so many varieties  of Euonymus hamiltonianus to choose one, and they are all gorgeous.  The only one I am not keen on is one called ‘Fiesta’ . It has pink mottled leaves, I think it looks diseased.

I also enjoy the Chinese Euonymus bungeanus for its lovely pink leaves in Autumn. My favourite is E. bungeanus ‘Dart’s pride’.

And now for some more unusual ones. Not necessarily beautiful, but certainly different is this one, Euonymus americanus. ‘Narrow Leaf’. It has fruits which are quite unlike any of the others but they are a bit sparse.

I don’t suppose anyone will be seeking out the next one, Euonymus japonicus ‘Robustus’ The fruits look rather like capers. 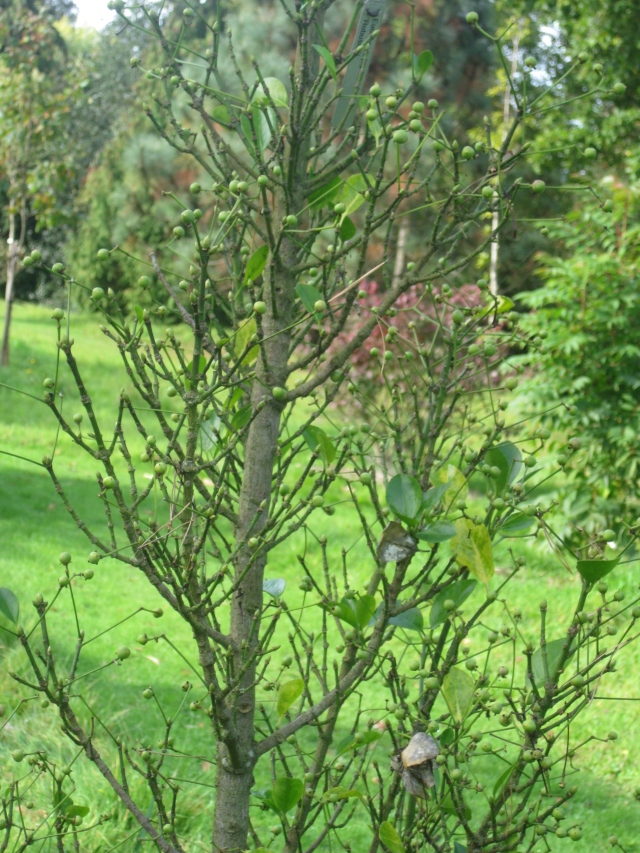 Euonymus clivicola var. rongchuensis is certainly unusual, and I think the Jesters’ hats are rather jolly.

A great choice for brilliant  autumn colour would be a variety of Euonymus planipes. I particularly like ‘Sancho’. It has such lovely red leaves and masses of bright orange berries.

The native Euonymus europaeus ‘Red Cascade’ is a popular variety and easy to find. It is well named because it does have a cascade of brightly coloured berries. 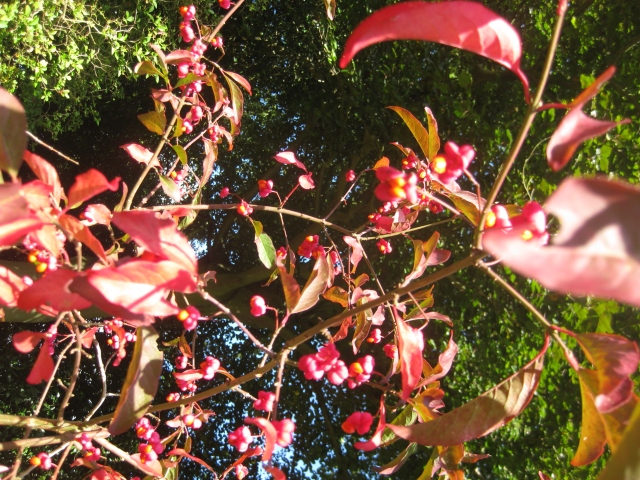 I think Euonymus euopeaus ‘Thornhayes’ is even better with its bronze leaves and abundance of fruit. 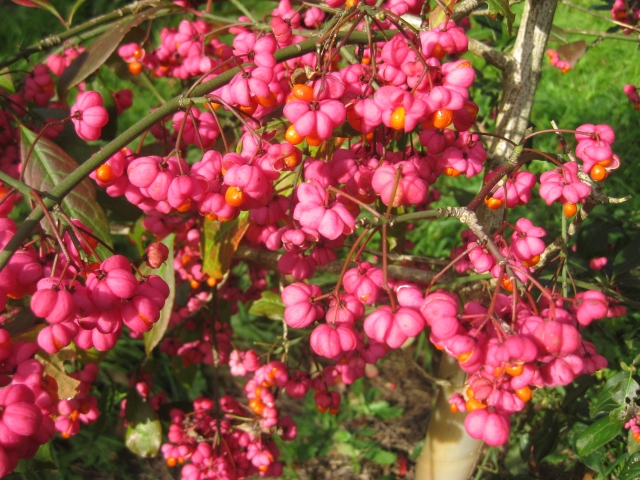 The most astonishing lipstick red foliage of all is to be found on Euonymus alatus ‘Rudy Haag’. 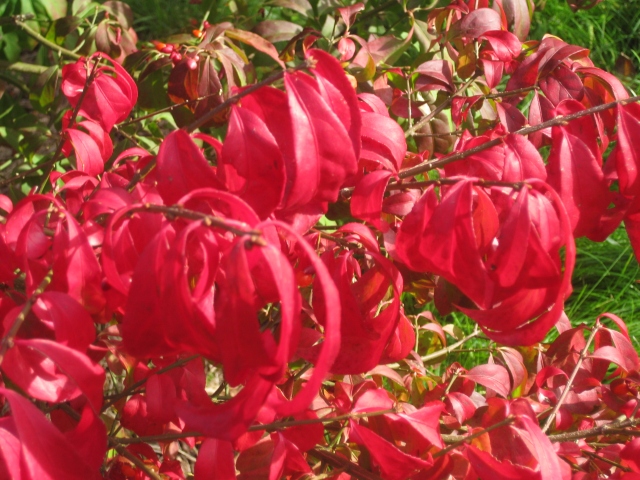 I will finish with the unusual Euonymus oxyphyllus which I believe comes from Korea. There are two absolute beauties. E.oxyphllus ‘Waasland and E.oxyphyllus ‘Angyo Elegant’ 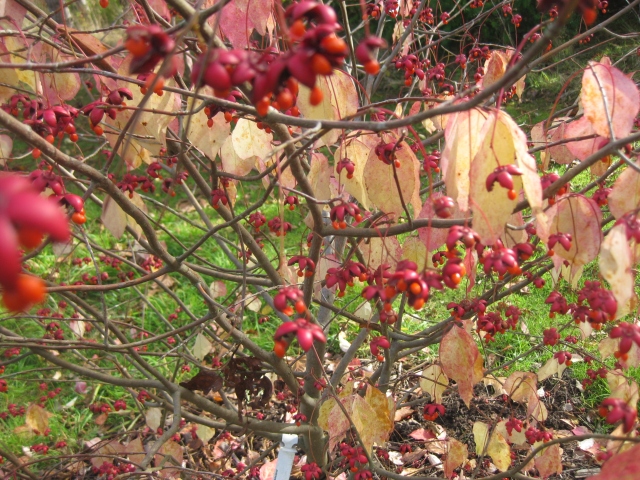 I love the way that the fruits on ‘Angyo Elegant ‘ dangle on little stalks  like earrings. And how well the leaves match the colour of the seed cases.

The name Spindle Tree comes from the fact that at one time spindles were made from the wood. There are 170 species of Euonymus and this is just a taste of some of them which caught my eye. I have heard that some species of Euonymus, particularly Euonymus europaeus are very invasive in America. This is such a pity if it means that you cannot brighten up your Autumn garden with these jewels.
Here in the UK the only thing to be aware of is that some species harbour the black fly which ruins our broad beans. The other thing to remember is that the berries are poisonous. Fortunately they are not toxic to birds who love them. My robin seems to have taken up permanent residence in the tree to make sure that no other birds try to share its bounty.